Present position at Piraeus University: Professor of international relations and strategic studies at the University of Piraeus, in Department of international and European studies, which was transferred from the Panteion University in 2007. In this section, it is also the Director of the master course.

Earlier studies: Greek Gymnasium Lapithos, a graduate school of Merchant Navy Officers of Aspropyrgos.  Legal-Economic Studies, University of Athens (diploma). University Of Manchester (MA European Studies).  Brussels University (PhD in international relations, specializing in Strategic and European Affairs). Many publications of books, scientific articles and essays on issues of his specialty. Finally, it noted the service in diplwmatikik send to Brussels from 1978 until 1998.

Publications: hundreds of articles and essays in collective projects, scientific publications and general information leaflets. Almost all of them relate to international relations and particularly the strategic studies. Here are listed only published books (16 monographs): 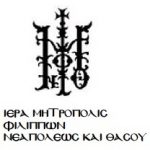